How to Use Setting Print

This tutorial is going to show you how to use the setting of Voice4u TTS. The setting allows you to adjust parameters of voice, languages of voice, and manage users (document folders).

(1) Tap the Setting button (orange) at the right bottom corner of the screen. The setting screen should appear like below. 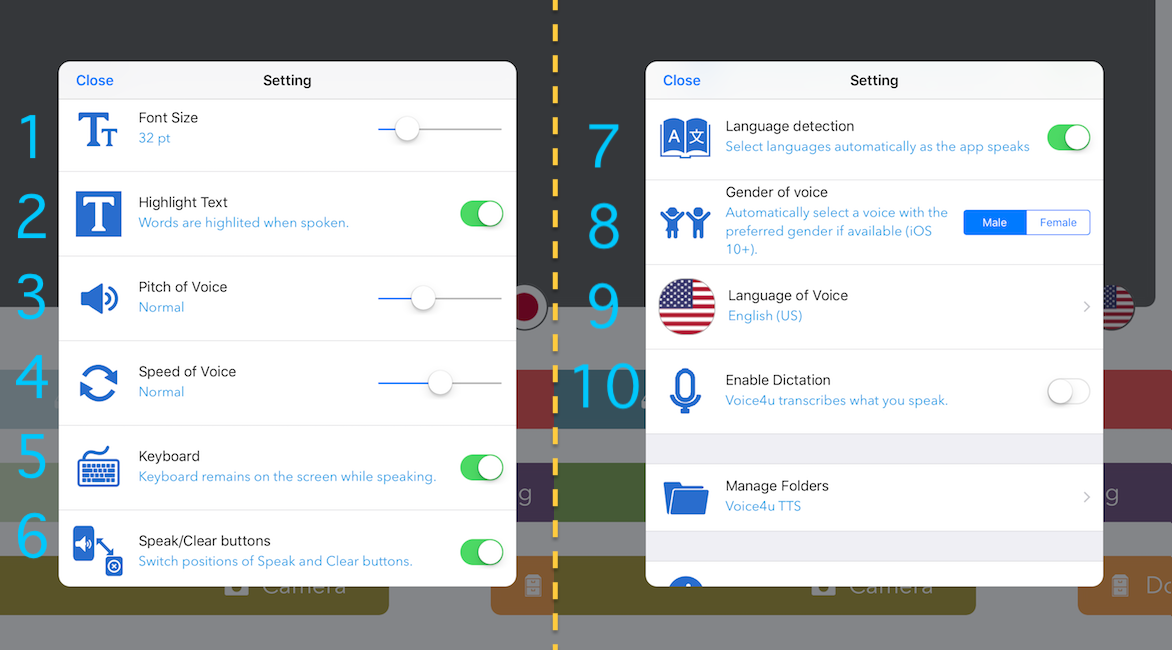 (2) In order to change the language of voice, tap Language of Voice. The list of languages should appear like below.

(3) Voice4u TTS can save documents for up to five (5) different users. Plus, it saves application settings (such as language of voice, speed of voice) for each user. To add or edit users, tap Manage Users on the Setting window.

The following window should appear.

(5) To edit an existing user or switching the current user, select a user that you want to edit (or switch to).

To change the user’s name, edit it and tap Update.

If you wish to delete the user, tap Delete User.