Can Voice4u be Used in Other Languages? Print

Voice4u is available in English and Japanese with more to follow. Need in other languages? You can translate icons into your own languages!

The one aspect of Voice4u is the ability to customize it in order to fit your needs. You can add, edit, and erase icons at your own convenience. Even though it may be a lot of work, it is possible to erase all 180 preexisting icons and replacing them with your own.

You can take this customization far with Voice4u, for during the process of creating a new icon, there are no limitations as to what language is used when typing in the name of the icon (as long as the languages are available on the iPhone/iPod Touch).

So, you can create Japanese icons using the English version of Voice4u (as shown below). 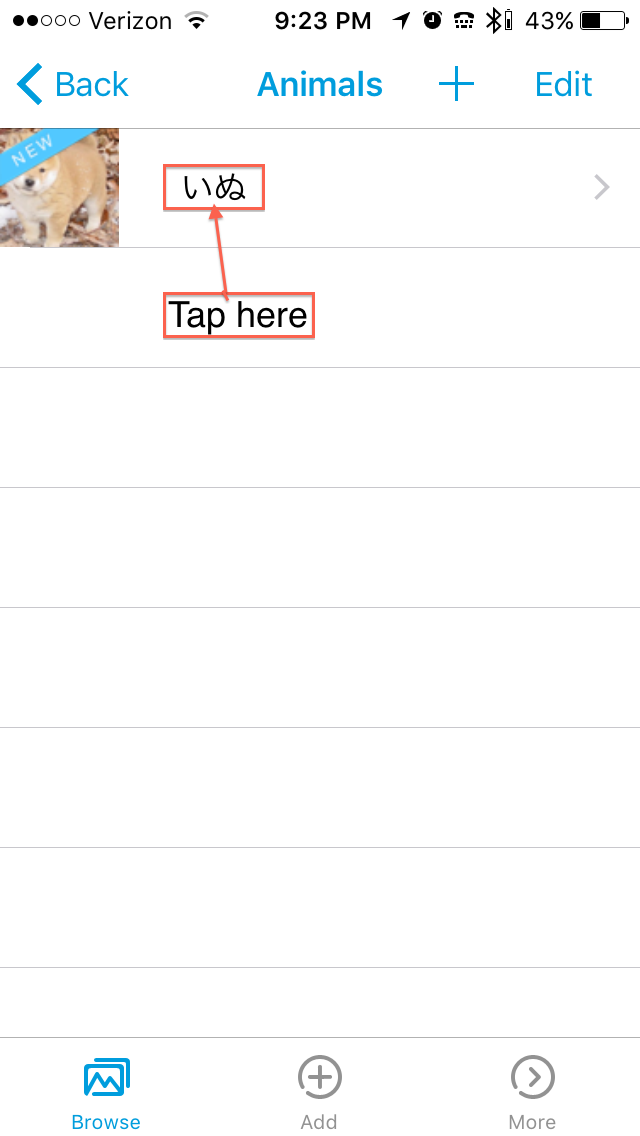 You can even name the icon in English, and record in French. Basically, the choice is yours.

Voice4u is probably effective in practicing second languages as well. Because schools in California have many students that immigrated, they are considering using it to help such students learn English. The many uses of our product fit the diversity of the country in which it was born.